Beginning Monday, June 1 , 2020, Katy City Hall, the Police Station and Municipal Court will re-open their doors to the public. We are happy to welcome customers and residents back to City facilities; however, we encourage customers to continue to utilize virtual services when possible. For questions or more information, please email kpd@katypd.com or call 281-391-4848 during normal business hours.

Established in 1967, the Katy Police Department consists of sworn officers and civilian/communication employees. Included is a Criminal Investigation Division, Crime Prevention Officers, K-9 Partners trained in drug detection, tracking and criminal apprehension. The Department also has a Motorcycle Division and Animal Control Division. The current fleet consists of more than two dozen vehicles and all patrol vehicles are equipped with in-car video systems and mobile data terminals (MDT’s) which are in-car computers. The Department also utilizes a speed monitoring trailer (nicknamed “Katie”) that is capable of monitoring speed at a specified location while recording the data on a traffic analysis computer.

"On behalf of the men and women of Katy Police Department, thank you for being involved, for your partnership and for caring about our community.  It is only through working together, that we will achieve our greatest success." - Chief of Police, Noe Diaz

Contact us with feedback, comments and questions at kpd@katypd.com (please do not use this address to report crimes). Please include Name, Address, and Phone Number, so that you may be contacted. 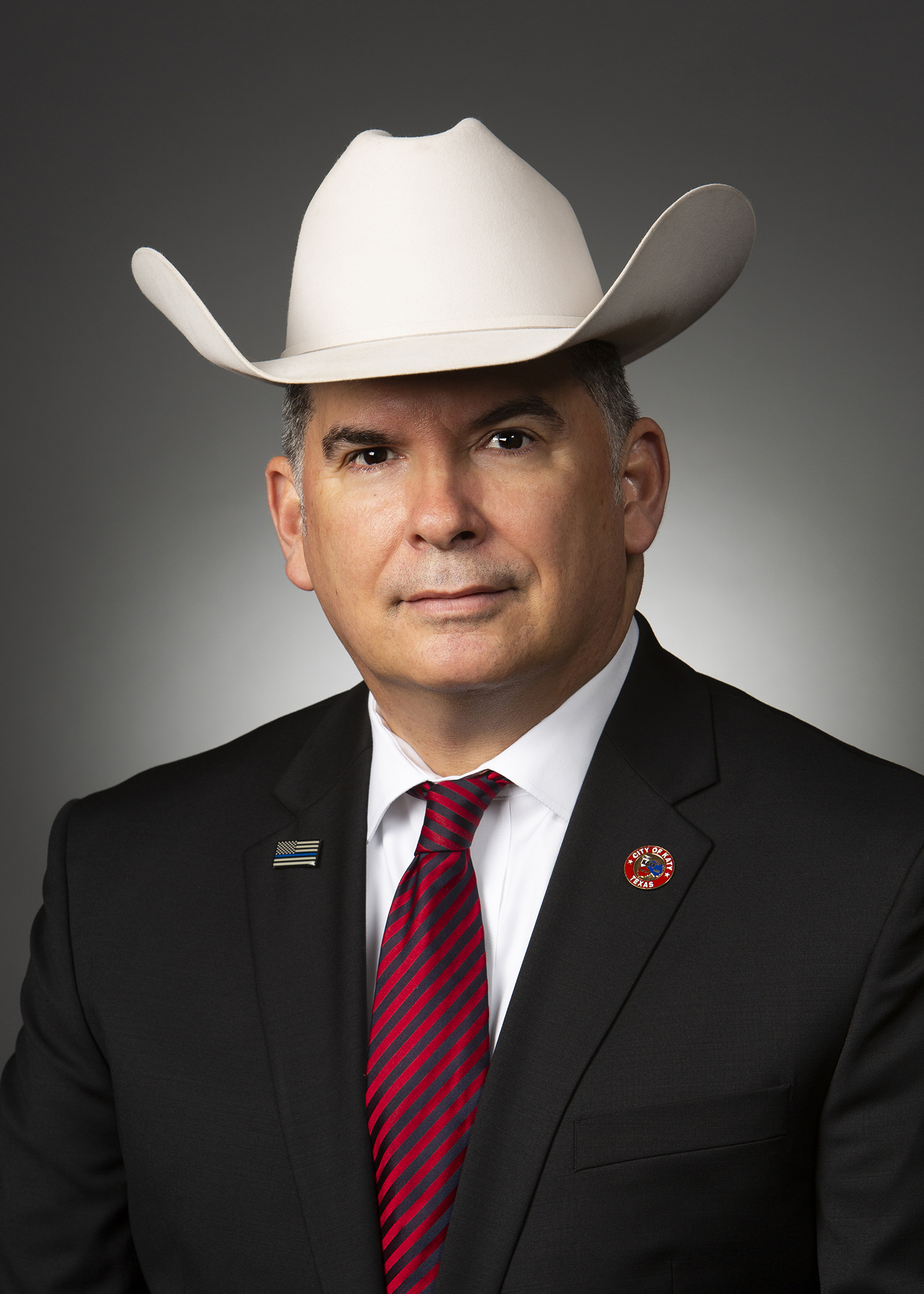 Chief J. Noe Diaz was hired as the Chief of Police for the Katy Police Department in March of 2019. Prior to his current position, Chief Diaz served as a correctional officer with the Texas Department of Criminal Justice from 1987 to 1994.

Diaz completed the University of Houston-Downtown Police Academy in 1994 and worked for the Harris County Precinct Five Constables Office, until 1996 when he was selected by the Texas Department of Public Safety to attend DPS Academy A-96. Upon completion of the DPS Academy, Diaz was assigned to the Katy Highway Patrol Office as Trooper.

In 2001, Diaz was promoted into the Narcotics Division of the State Police and was stationed in Houston. There Diaz was assigned to Harris County Organized Crime Task Force, HPD, ATF, DEA, and the FBI during his seven years as a Narcotics Sergeant.

In 2008, Diaz was appointed as a Texas Ranger and served in Rio Grande City, Texas briefly until returning to the Houston Office, where he was assigned as the Public Corruption Ranger for Company A (Greater Houston Area) for over ten years, working various high profile public corruption investigations. Diaz was assigned to the FBI Public Corruption Border Task Force as a Task Force Officer and maintained top-secret clearance.

Diaz has over 6,800 Law Enforcement (TCOLE) training hours. Diaz earned a bachelor’s of Science in Criminal Justice from the University of Houston- Downtown (100 Club Scholarship Recipient) and a master’s of science in Criminology from Lamar University. He is a graduate of the 263rd FBI National Academy and FBI Texas Command College. He is also a member of the International Association of Chiefs of Police, and the Texas Police Chief’s Association.