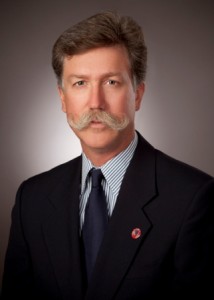 Durran graduated from Houston’s Spring Woods High School in 1977. After earning his State of Texas Electrician License, he earned a degree in business by attending Houston Community College, University of Houston Downtown and University of Phoenix. Durran has 30 years experience in the Construction, Operations and Maintenance industry and has been employed by KBR for over 20 years, currently as a Project Manager.

Durran served on the Zoning Board of Adjustment before being appointed to the Convention and Tourism Bureau, where he served as Secretary for 7 years and was appointed Chairman prior to being elected to City Council.

Member of First United Methodist Church in Katy for the past 18 years and has been active in various capacities, serving on Missions, Trustees, UM Army and as President of the Men’s Group. He has coached girls’ softball and basketball with KGSA and KGBA for 10 years, and is an active supporter of Katy FFA, Katy Bengal Brigade, Katy High School Booster Club and Katy Tiger Football.

Durran and his wife, Terri, have been married for 30 years. They have two daughters, Sheridan and Alyssa, graduates of Katy High School, Texas State and Texas A&M.